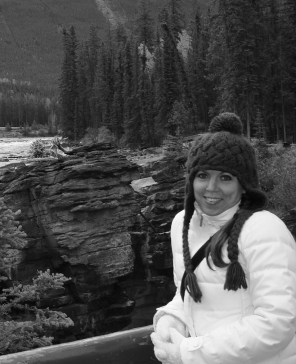 This week, SUZY TURNER is in the Carnival’s center ring. Turner is the author of Raven, December Moon, The Ghost of Josiah Grimshaw, Daisy Madigan’s Paradise, and my personal favorite, The Lost Soul.

Suzy is a pretty cool chick. She’s worked as a journalist, a magazine editor, and even a script supervisor on a feature film. She has an awesome sense of humor and a flair for drama. Just read the Carnival Ringmaster’s interview with Suzy below and you’ll see what I mean…

Ringmaster: What is your all-time favorite book and why?
Turner: Ooh it’s so tough to just have one book. But I’d probably go with The Handmaid’s Tale by Margaret Atwood. I studied the book at college and totally fell in love with it. I guess it was because it was so different to anything I’d ever read. Perhaps the dystopian side of it also appealed. I’m not sure. Strangely though, I’ve never read anything else by Margaret Atwood. Not sure why!

Ringmaster: Is there an author you could be compared to and why?
Turner: Recently, my newest series (The Morgan Sisters) was described by a book blogger as ‘possibly the next Harry Potter’. Clearly this made my decade and I’d love to be compared to the Great Almighty JK, but I would never compare myself to another writer. I’d like to think my writing is my own…kind of unique, you know?

Ringmaster: Can you give us your favorite quote from one of your books and explain it?
Turner: My favorite quote? That’s a toughie, hmmm. How about this…

‘She could hear her heart beating, feel it thudding in her chest. She couldn’t open her mouth; it was too dry. All she wanted to do was scream but she couldn’t even do that. Please God don’t let me die, she thought.

A sudden massive gust of wind took her feet from beneath her and she was forcefully pushed from the top of Carlton Point, falling silently and peacefully to the rocky hills below.’

The reason I like this scene so much is because I have such a vivid image of it in my mind. When you read on to the next chapter, you’ll see that she didn’t actually fall. That image of Lana slowly floating, almost in slow motion, reverberated with me. Almost like a scene from Alice in Wonderland.

Ringmaster: What inspires you and makes you want to keep writing?
Turner: I am particularly inspired by places. For instance, my first series (The Raven Saga) was inspired by the awesome mountains and forests of Western Canada. My new series (The Morgan Sisters) was inspired by places I’ve been to in London (as well as by a London actor I met last year). I think the UK is perhaps one of the most inspiring countries I’ve ever been to. Every time I visit (although I’m English, I currently live in Portugal), I am blown away by its capacity to inspire me…with its historical buildings and heritage. I’m actually selling up and moving back to England. One of the reasons why we chose England is because of its hold over me with my writing. I can’t wait! (Anyone wanna buy a villa in the Algarve?)

Ringmaster: Describe your typical writing day.
Turner: When I have deadlines, I write every morning until I’ve reached my target (if I’m in the zone, I’ll write a lot more) and then I chill out with my favorite TV show and a nice cup of Rooibos tea!

Ringmaster: Is there a food or drink do you have to have when you’re writing?
Turner: Just Rooibos tea and water.

Ringmaster: Can you tell us what you’re working on right now?
Turner: I’m about to start the second novel in The Morgan Sisters series but it doesn’t have a title yet!

Click Here for an EXCERPT from
The Ghost of Josiah Grimshaw

Fans may connect with Suzy Turner at:

Raven (FREE)
After the inexplicable disappearance of Lilly Taylor’s parents, she has no choice but to move to Canada where she unravels some frightening yet intriguing family secrets… Her whole life had been based on a lie. Lilly had grown up in a loveless home with a father who she had barely ever seen and a mother who was… well, not very motherly. After they mysteriously disappear without a trace, Lilly is sent to Canada where she finds a whole new way of life. A life filled with love and people who care for her. But that’s not all she discovers, Lilly also finds out that she isn’t who, or what, she
thinks she is. Lilly has a very special ability and it’s just a matter of time before her true self starts to shine. And when it does, her life will never be the same again.

December Moon
On her 15th birthday, December Moon discovers she is the descendant of a family of witches, kept in the dark her entire life in an effort to protect her. But when Lilly, her best friend, finds herself in danger from one of the world’s most evil vampires, December will do everything in her power to stop him.

The Lost Soul
December and Lilly have got their work cut out for them. Not only are they desperately trying to figure out the identity of the Lost Soul, and track him down, they’ve also got to investigate why Powell River’s newest resident has got all of their men falling at her feet. But when they learn that the Nephilim might be involved, it becomes clear that they’re all in extreme danger…

The Ghost of Josiah Grimshaw A Morgan Sisters novel
Adopted sisters Lana Beth and Emma Jane are polar opposites, but when the same strange ‘tattoo’ suddenly appears and winds its way up their bodies within days of each other, they soon realize there’s more to their relationship than they could ever have imagined. Sent off to London for two weeks of ‘work experience’, the Morgan Sisters soon find themselves being initiated into the ancient Praxos Foundation, one that protects the innocent while fighting evil, both human and supernatural. At the same time, Lana Beth and Emma Jane must also investigate why the sweet but sometimes pesky ghost of Josiah Grimshaw just won’t leave them alone.

Daisy Madigan’s Paradise (FREE) A Morgan Sisters novella
When tragedy falls upon 15 year old Daisy Madigan, she escapes to the only place she feels safe, the cemetery of Abney Park. There, in the company of the dearly departed, she realizes she is changing, growing stronger and faster by the day. But in the darkness lurks a terror even she can’t imagine facing.
Daisy Madigan’s Paradise is a Morgan Sisters novella. Check out The Ghost of Josiah Grimshaw, the full length first novel in the series.

One thought on “YA Indie Carnival Spotlight: SUZY TURNER” 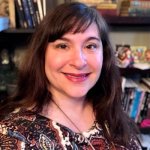