Book of the Lost

2016 marks been five years since the first Midnight Guardian book was published, and I’ve gone beyond the book world to celebrate! These past weeks, I’ve been working on a top secret project. It all starts with a song commissioned from singer/songwriter Beth Crowley inspired by the world of Midnight Guardian. 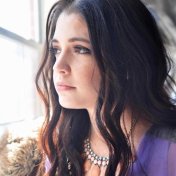 Yes, THE Beth Crowley. Singer of stunning, YA book-inspired songs like Warrior, Skin and Bones, and Gone.

The song, commissioned for the anniversary of the series, will debut days prior to another big surprise…the release of the Amazon Kindle Exclusive Fifth Anniversary Edition of The Complete Midnight Guardian Series on December 13th. The fifth anniversary edition includes all six novels in the series, the Siren’s Call short story, a NEVER BEFORE PUBLISHED Midnight Guardian short called Red Feather Girl, and new character artwork!

Be the first to get news like this by subscribing to Bryna’s New Book Alert. No spam. No hassle. Just a head’s up…and freebies!