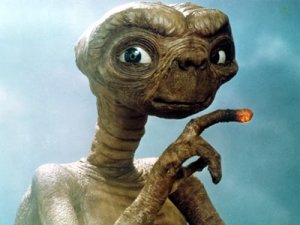 When asked if there would be a sequel for E.T., Steven Spielberg said that he would never make it. He felt that a sequel would just degrade the original work. Spielberg has, of course, gone on to make many sequels of many of his movies, but still left E.T. as a standalone.

So what goes into the decision to create a sequel? I suppose the answer is both emotional and logical. I believe the decision comes from 1)the author’s intentions for the story, and 2) the potential business success.

Many insist that indie authors must write a series to be successful. The reasoning behind this is that a series of multiple books better establishes the author and makes him/her more visible to the public. However, I think that a blend of series and standalone books can best achieve this objective.

I’m curious to see what you think. Would you rather read a series or a standalone? Which Midnight Guardian series book is your favorite?

And speaking of sequels…Book 4 of the Midnight Guardian series, Shadows Rising, arrives this Fall. In the meantime, you can catch up on the series at Amazon, Barnes & Noble, Apple iBooks, Smashwords, and other e-book and paperback retailers. (Excerpts)

Leave your comments below and check out these Young Adult Indie Carnival Authors to see Part II, Part III, Part IV, etc. of our sequel discussion…